It is forbidden to use lead shots in hunting waters and fields in Finland. This prohibition is based on the negative effects of the lead. Using lead in hunting was banned in Finland in 1996 (Finnish hunting law 33 § 12).

The advantage of the lead has been the high density of the material. High density means heavier shot, greater impact energy and better ability to kill. However, all the modern waterfowl materials are mixtures. Either small amounts of other metals have been added to the basic substance, or the shot material is a compound of a metal and other binding substances. The high initial velocity and the high charge weight are an effective combination.

Steel was the first shot material to replace the toxic heavy metal and is still the most common alternative material. Steel is normally much cheaper than lead, so the biggest advantage of the steel is the price. The disadvantage is the low density or the lightness of the shot. The density of steel is 7.9 while that of lead is 11.3. Steel is also harder, which imposes special requirement for chokes. Steel shots are forbidden in the lands of Finnish Metsähallitus. The purpose is to protect trees so that steel shots don't get stuck in them and end up in sawmills. 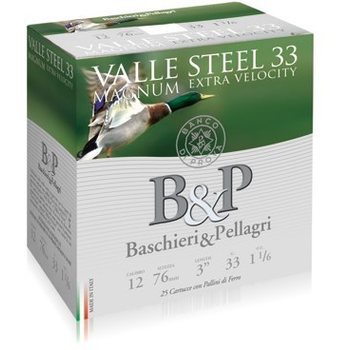 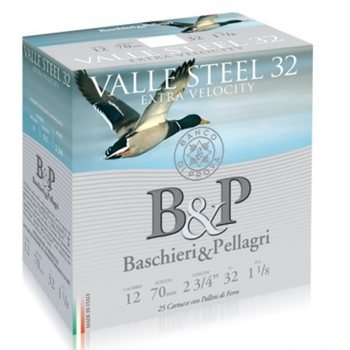 Known also as tungsten. The density of wolfram is 19.2, which would make it an excellent shot material. Wolfram is however a very hard substance, so it is not suitable for shots as such. It imposes the same requirements for chokes as steel shots do. Wolfram is used with other substances to increase the weight of the shot. As basic material wolfram is 14 times more expensive than lead.

The density of bismuth is approximately between lead and steel. Pure bismuth is very soft material, which is why it was favored in the beginning of the alternative ammunition when the guns weren't strong enough for steel shots. As raw material bismuth is ten times more expensive than lead.

The density of tin is 5.8, making it a lightweight material. Because of the lightness, it is not used as such in shots but other heavier metals are mixed with it. The advantage of the tin is its softness, which makes it suitable for every shotgun, also for older ones. As basic material tin is ten times more expensive than lead.

The density of zinc is 7.1. Raw zinc is very soft, so it must be mixed with other substances before using it in shots. Zinc costs approximately as much as lead.

When you are choosing your shotgun ammunition, remember that steel and wolfram (tungsten) are much harder materials than lead and aren't necessarily suitable for older guns. Modified chokes are recommended for steel ammunition. Make sure your gun has a good pressure resistance, because the charge for lightweight shots is bigger and these shots don't give way in the same way as lead does when they bump into the walls of the gun. 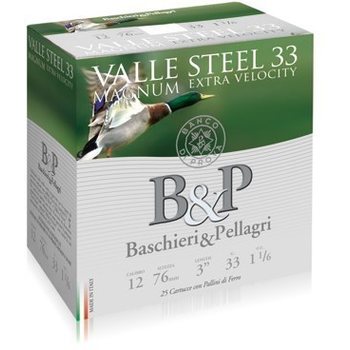 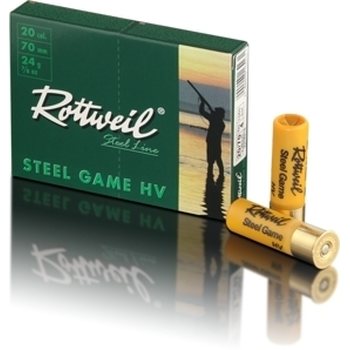